Last Friday, we embarked on our month-long adventure to India. After 20+ hours of travel from Boston via Amsterdam, we arrived in New Delhi on Sunday “morning” at 1:00am. We caught some quick zzz’s at a Holiday Inn near the airport, and the next morning we met our driver to head to Agra.

In India, rental cars come with a driver. It’s a bit weird, but you definitely do not want to drive yourself. If you do, you’ll probably run over a cow. I’m not kidding, there are cows in the middle of the street all over the place. There are also no stop signs, or stop lights, or any form of traffic control. It’s a free-for-all. 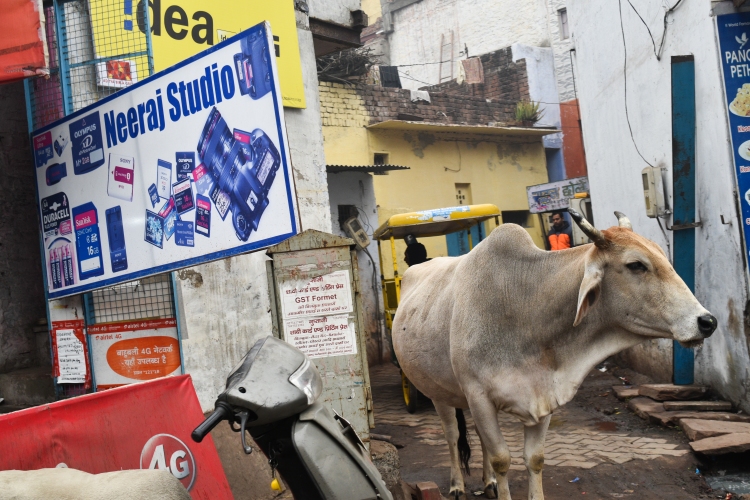 The drive took a bit longer than usual (about 5 hrs.) due to the fog and a few stops along the way. We arrived in Agra in the early evening, checked in at our hotel, and grabbed some dinner at Pinch of Spice (the Butter Masala and Butter Naan were out-of-this-world delicious!!). It was New Years Eve, but we fell asleep around 8pm. Thanks, jet lag.

Unfortunately, the pollution situation in Delhi and Agra is TERRIBLE right now, which put a big damper on our sightseeing experience. On Monday, the fog/smog/pollution mix was so bad that we couldn’t even see Agra Fort or the Taj Mahal until we were standing 10 feet from them.

We visited Agra Fort first, in hopes that the fog would clear before we got to the Taj Mahal.

Here’s a gorrrrgeous photo of Josh and Winston in front of the fort. Lol. 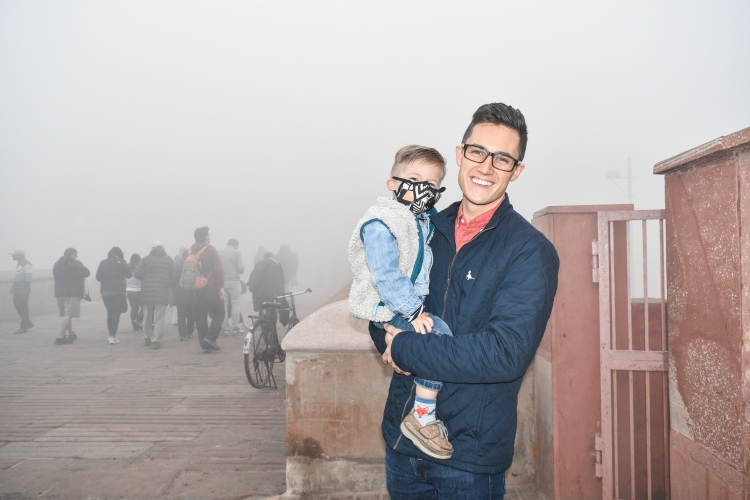 Winston’s favorite part was seeing the monkeys at the front gate. He has been looking forward to seeing monkeys for months. 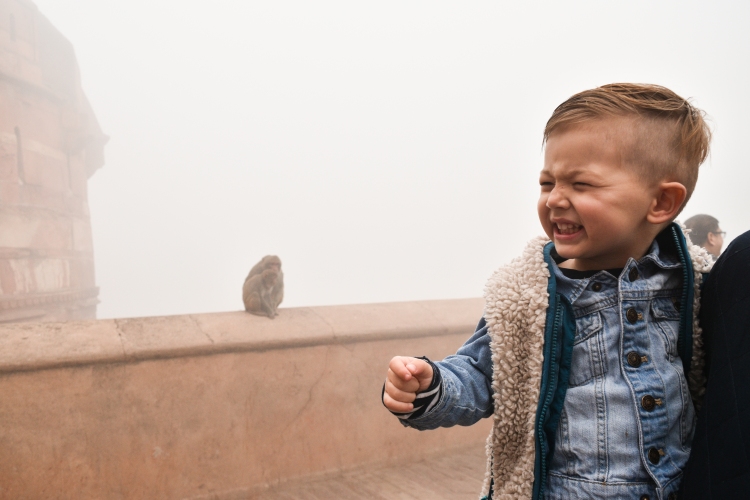 The red sandstone and marble was intricately carved and inlaid with semi-precious gems. 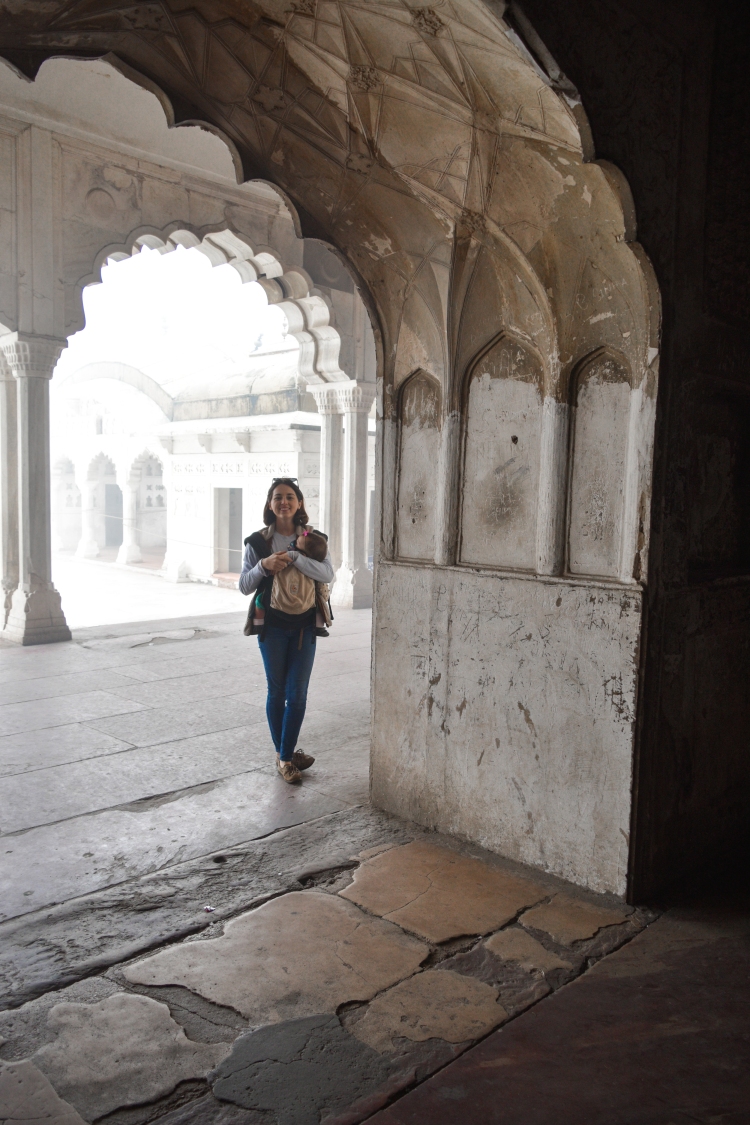 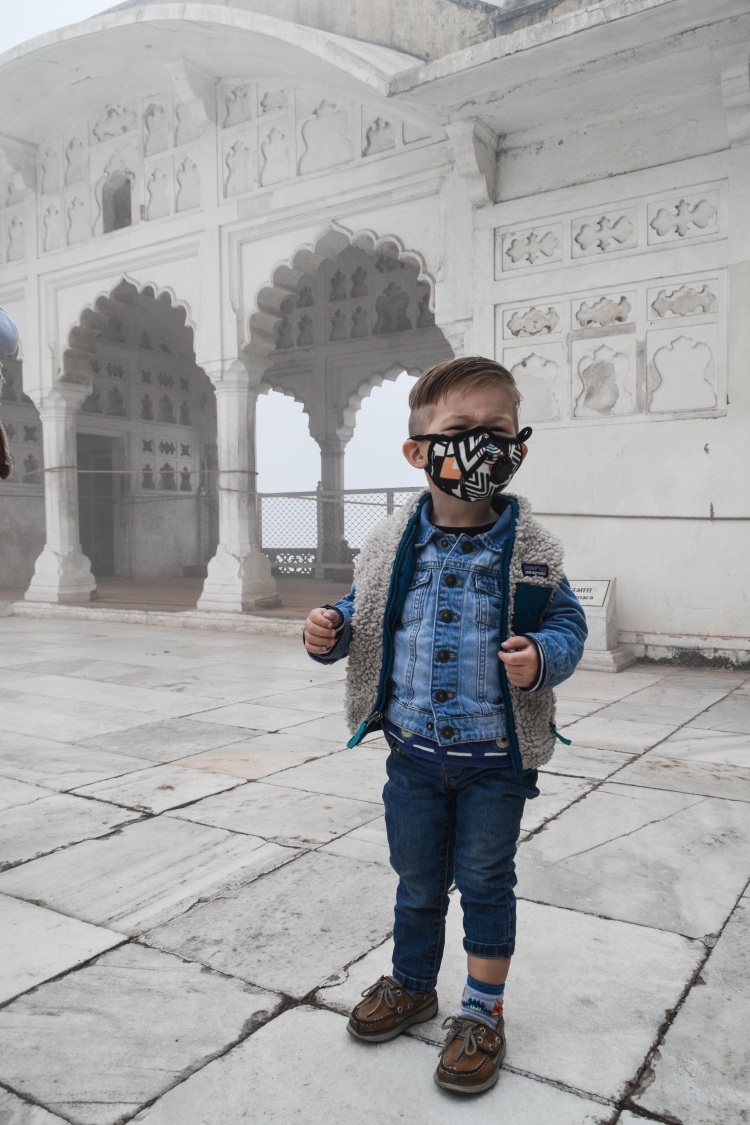 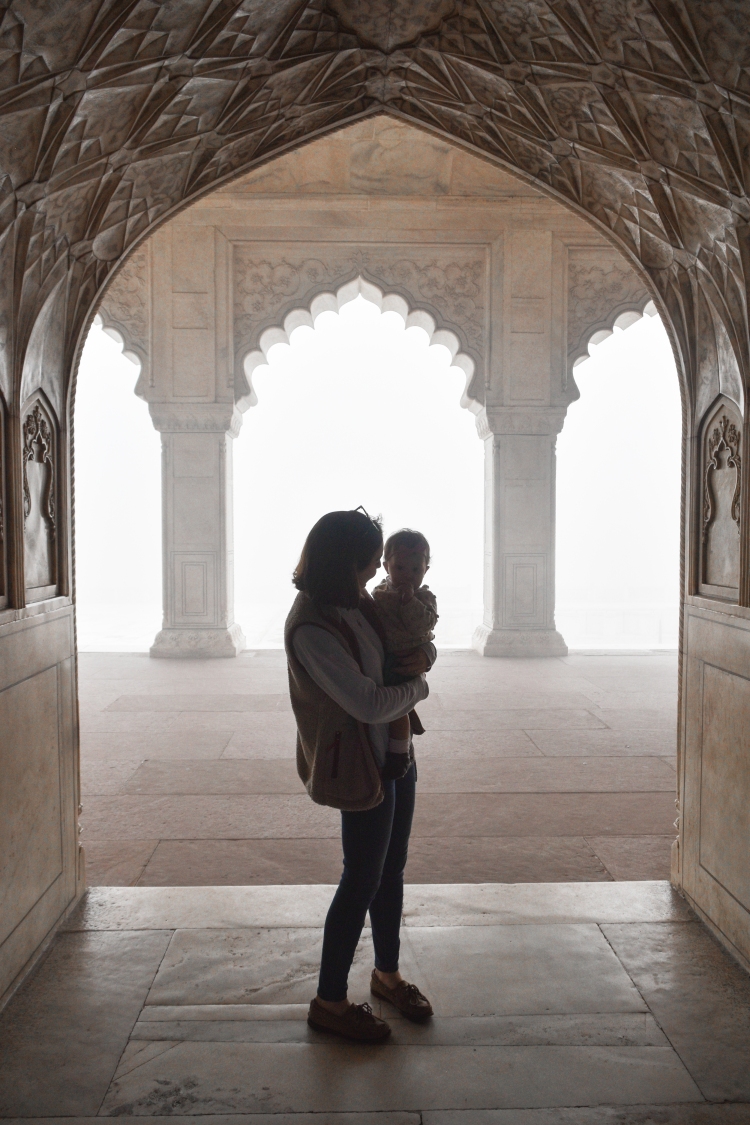 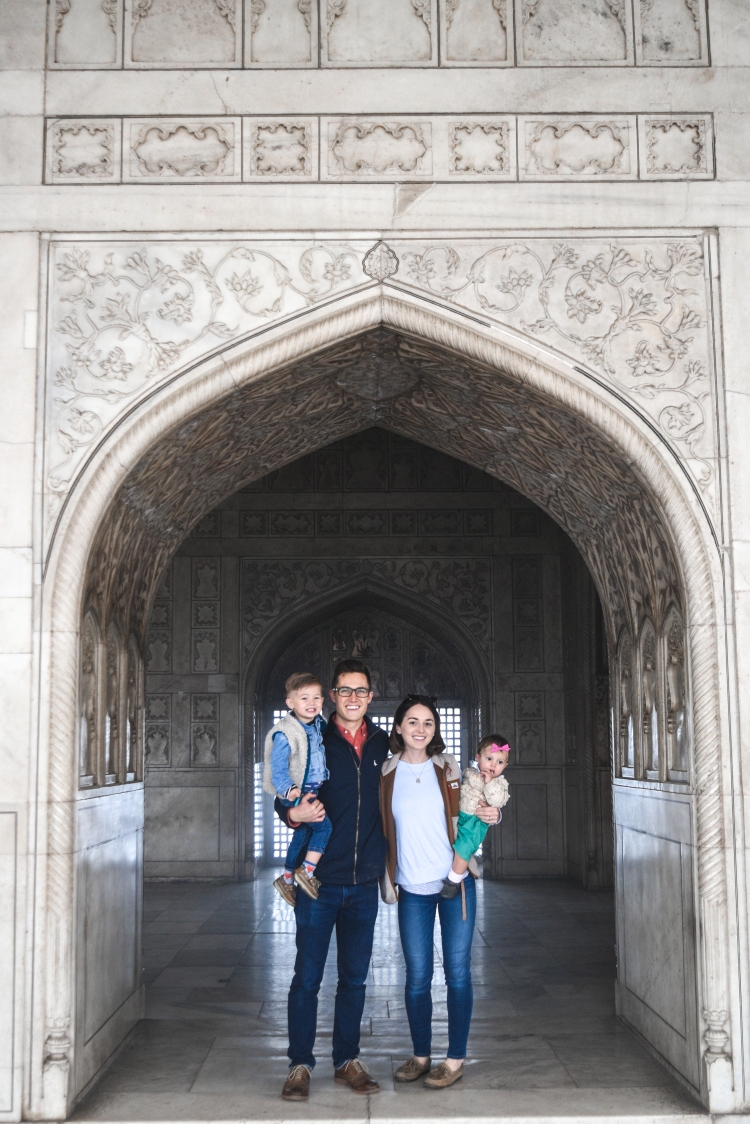 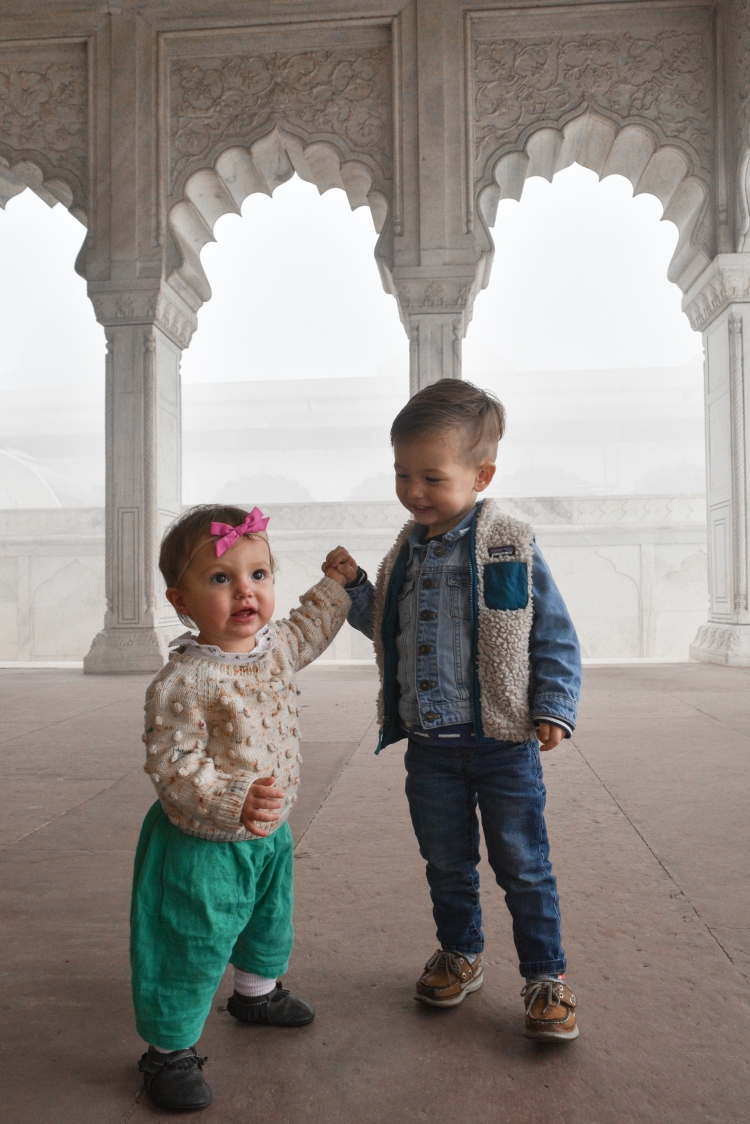 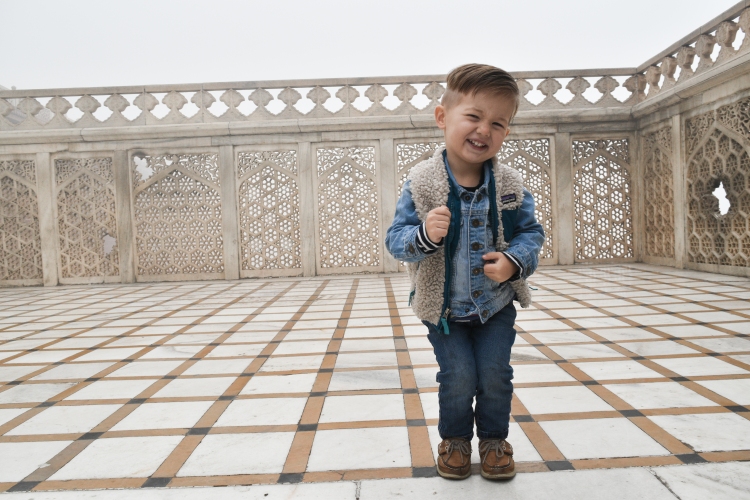 Next, we visited the Taj Mahal. I’m sure it was breathtakingly beautiful, but we couldn’t see it. The inside was gorgeous, but you’re not allowed to take photos inside. 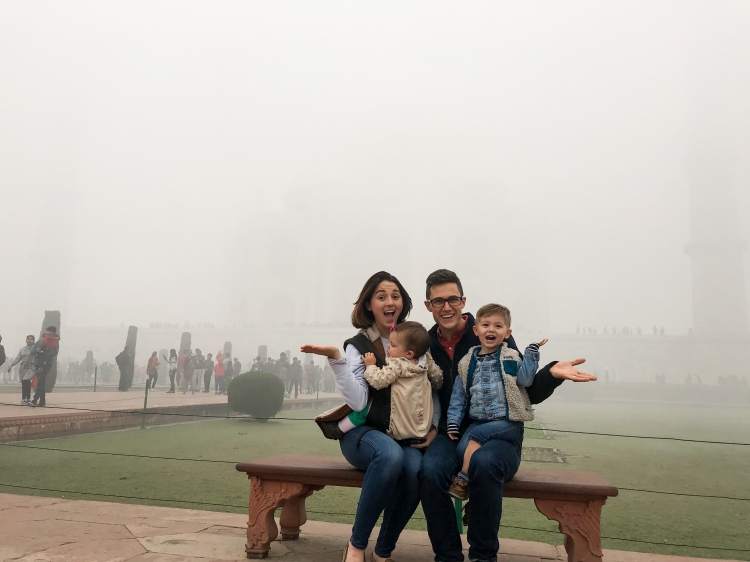 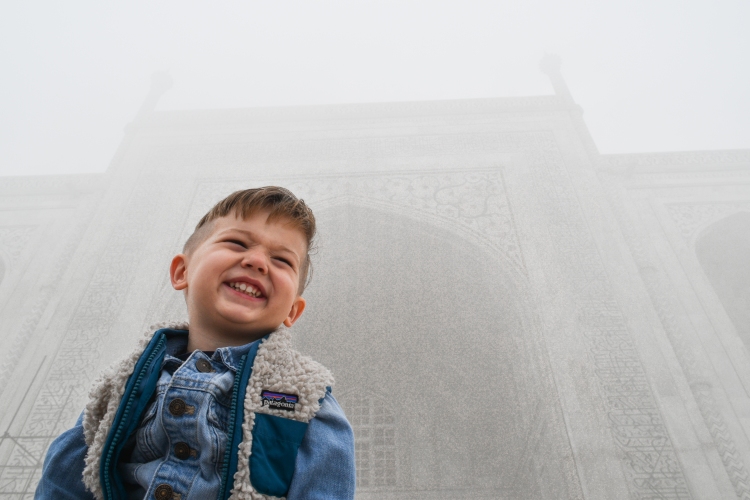 Here are a few random notes in case you visit Agra (especially with kids):

Where can you find me?